Today I'm happy to share some new Magic art that was just released! It's like my birthday whenever I get the chance to share new art for MTG because they literally sit in my flat files for almost a year unseen by anyone except myself until that fateful day when I can reveal them to the world. It's especially hard when it's a piece that you are really proud of at the time, because sadly, by the time the illustration comes out I'm usually not crazy proud of it anymore.


This assignment was a little unique for me as it is an alternate art promo card that will be given out to winning players that participate in the Friday Night Magic tournaments held this upcoming May. It's unique because the art description called for me to create an illustration that was similar to, as in it had the same art description:

ART DESCRIPTION:
Setting: FATE REFORGED KHANAR
Clan: Abzan
Color: Green creature
Location: Out on the plains of Khanar, a scrubby grassland/desert
Action: This is an alternative take on a male ainok beastmaster. He is shepherding his collection of huge beasts across the plain (see notes).
The ainok appears to be standing among some tall tree trunks, which are actually the legs of giant beasts. The ainok has a magical staff.
This card needs a different composition from the original.
Focus: The Ainok beastmaster.
Mood: Wise. Such a small dude wields power over such giant beasts.

But it had to be different from an image that was already created for the standard card. It's especially tricky when the reference art that already exists is super good. Here's the great standard version of the card that I was given to differentiate from by Winona Nelson:

I enjoyed the challenge though, and tried my best to make my own version focusing on his connection with the giant creatures and playing up the "standing among tall tree trunks" feel for the legs of the beasts.

Here's a couple digital thumbnail sketches I did: 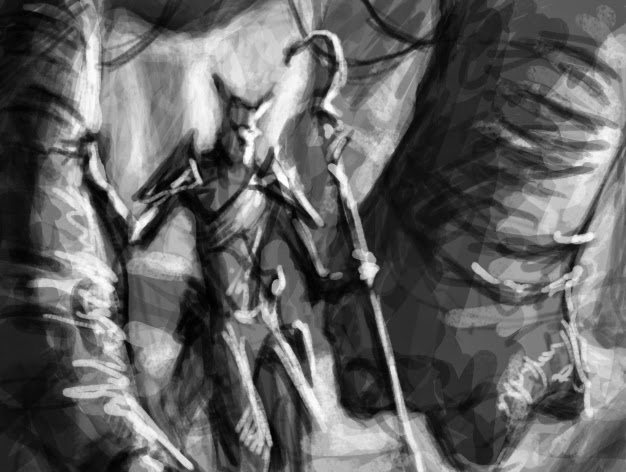 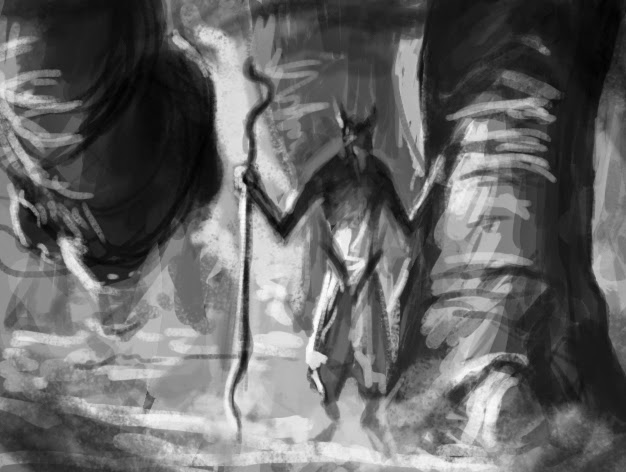 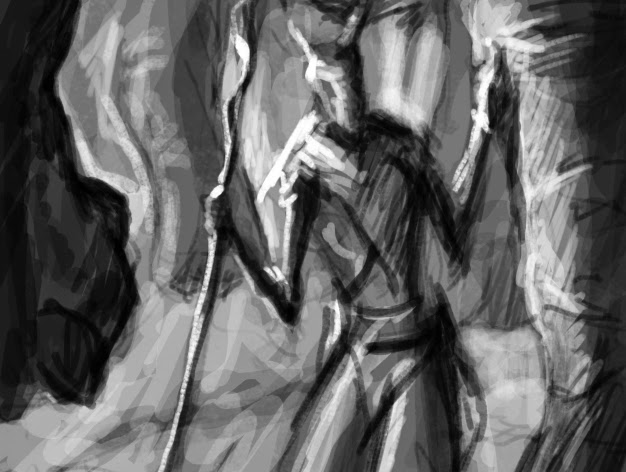 Since the description was pretty straightforward I was mostly focusing on lighting and how close or far away to show the beastmaster. We decided to go with the first one as it seemed  a "best of both worlds" between showing him closer up or more in the distance.


And lastly, here's the card: 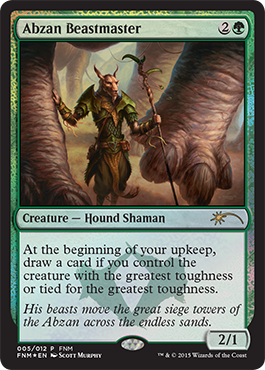 As always, thanks to Dawn Murin the AD on this project for all the fun! There should be a couple more popping up for this upcoming Magic set so check back for more art soon.
Posted by Scott Murphy at 1:10 PM 1 comment:

Today I'm happy to share a new painting I did for Fantasy Flight Games recently. I'm always excited when I get asked to create work for Star Wars as it's one of those universes that just has so much cool stuff to depict, and I've been a fan of the movies ever since I was young. So when I was asked if I could do a spread illustration of Darth Maul for an upcoming RPG book published by Fantasy Flight Games, I jumped at the opportunity.

Normally I like to paint all of my finished work in oils, but this project came in at time where I was very busy and getting ready to move as well. I also knew that this painting required the character to be on a separate layer from the background. Not to mention that since the work is Licensed under Lucas Film...I wouldn't really be able to do anything with an original painting anyway. So I decided to complete the piece entirely digitally. Actually, this serves as the first published digital piece for me.

As always, I created multiple "thumbnail" sketches for the art director to choose from. Since the job called for Darth Maul to stand against a black background, I was able to just focus on his pose and how it would fit within the page layout: 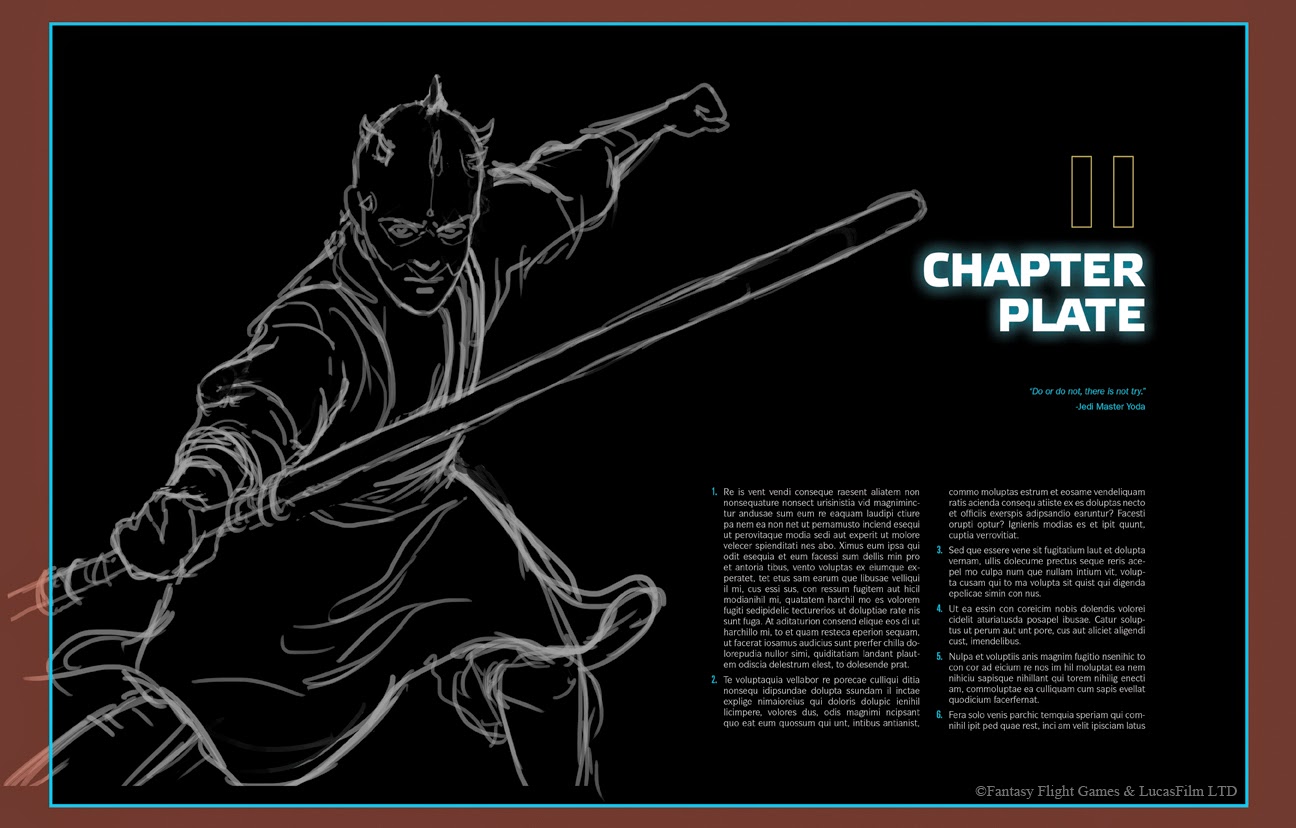 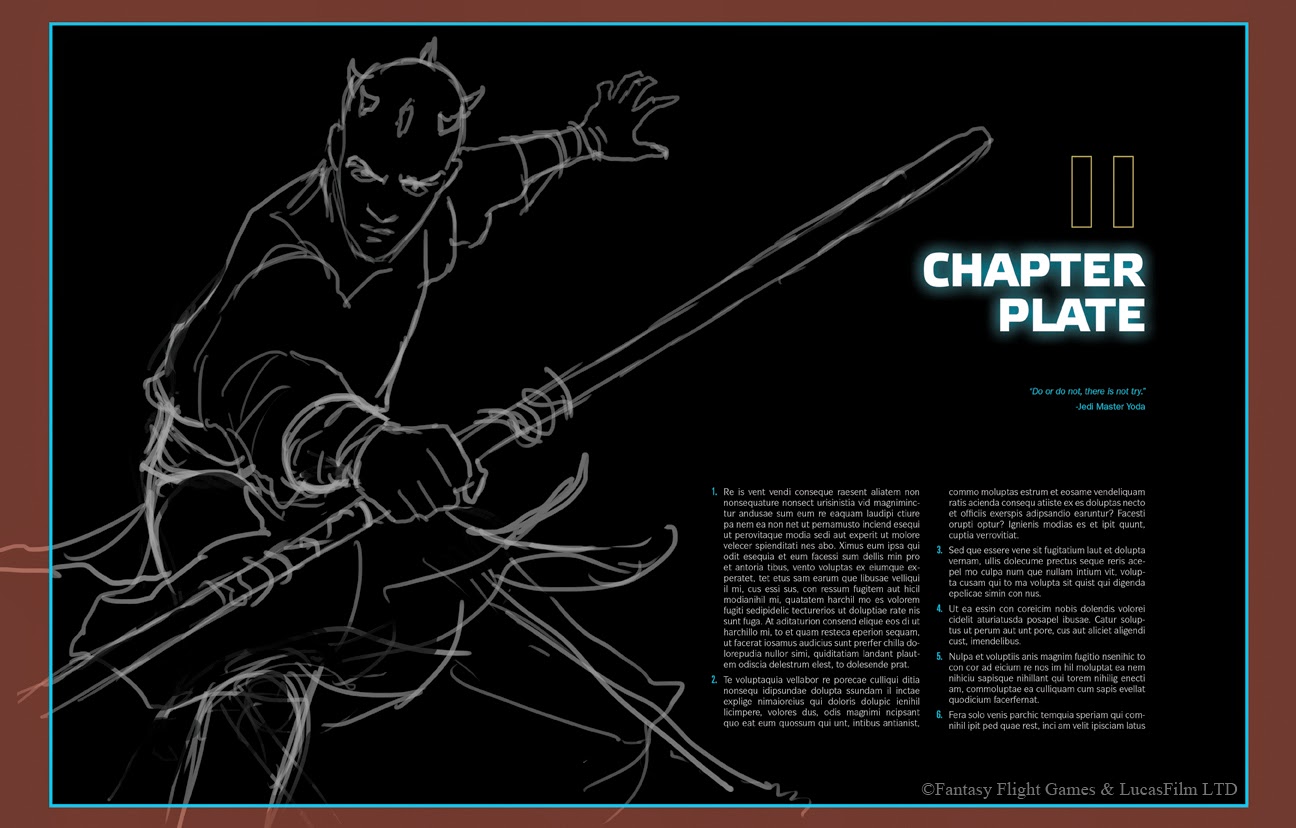 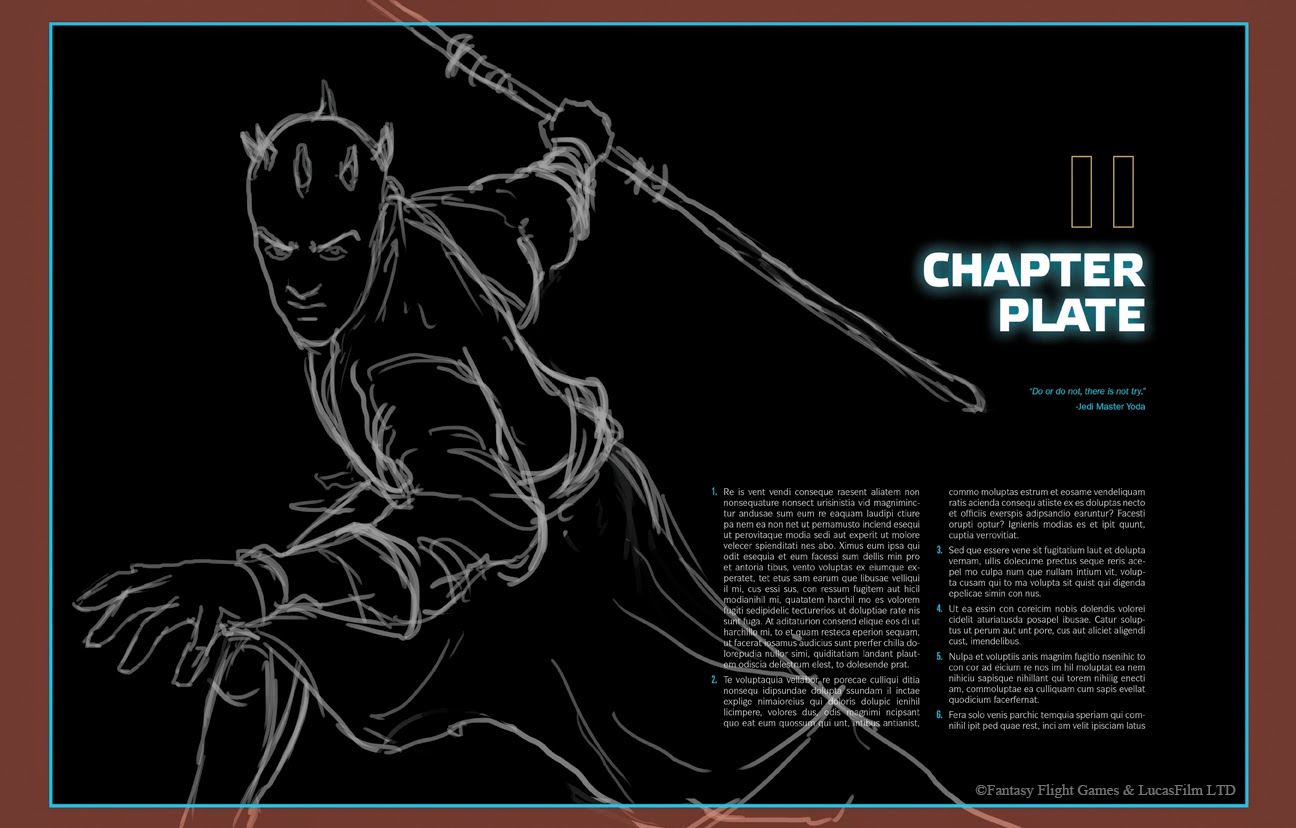 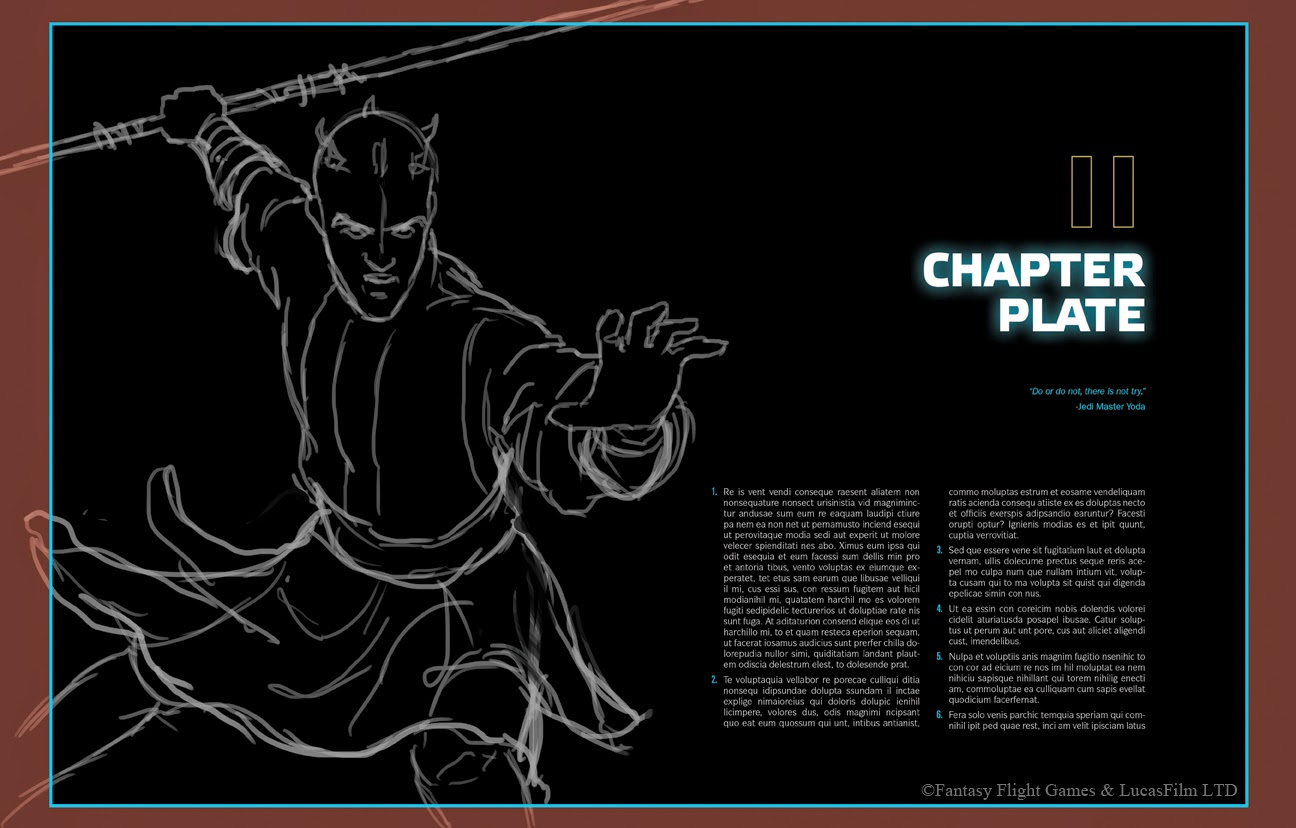 After a few suggestions from the art director, we decided to go with option #3 and I began my sketch phase: 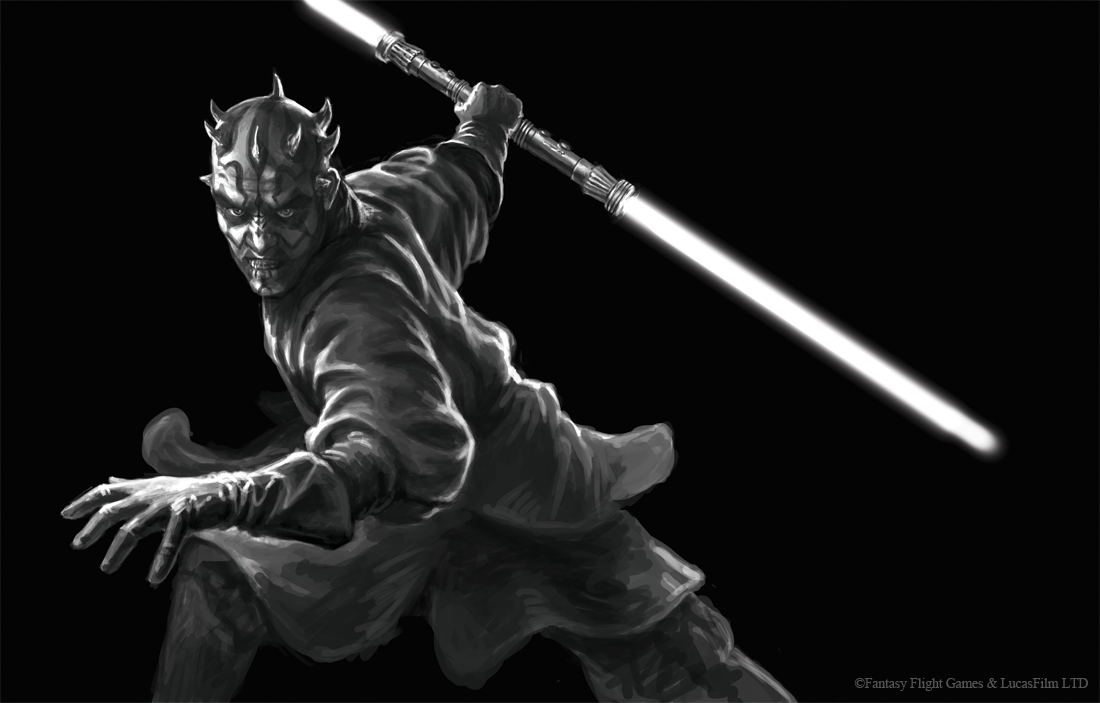 Normally I would have done this in charcoal, but since the end product was going to be digital, I decided to just complete it in Photoshop so that it would be easier to go ahead and start coloring it without taking the time to scan and fix a traditional drawing.

I feel like it should be easier to color a grayscale image in Photoshop...and I'm sure that it is, but I'm also pretty stubborn and never feel like reading or watching demo videos of digital painting to figure it out. So I pretty much paint digitally the way that I do traditionally...or as close as I can approximate it. Though, it's not nearly as fun as pushing real paint around. If only I could get a single digital brush and paint to react the way they do in person. Well, I guess that's what'll keep me always turning to traditional medium...

In any case, I did enjoy creating this guy very much despite my digital wrestling. It also taught me a lot about painting in photoshop that I never really dealt with when only using it to create quick sketches and rough color studies before. So in the end, I'm happy with how he turned out: 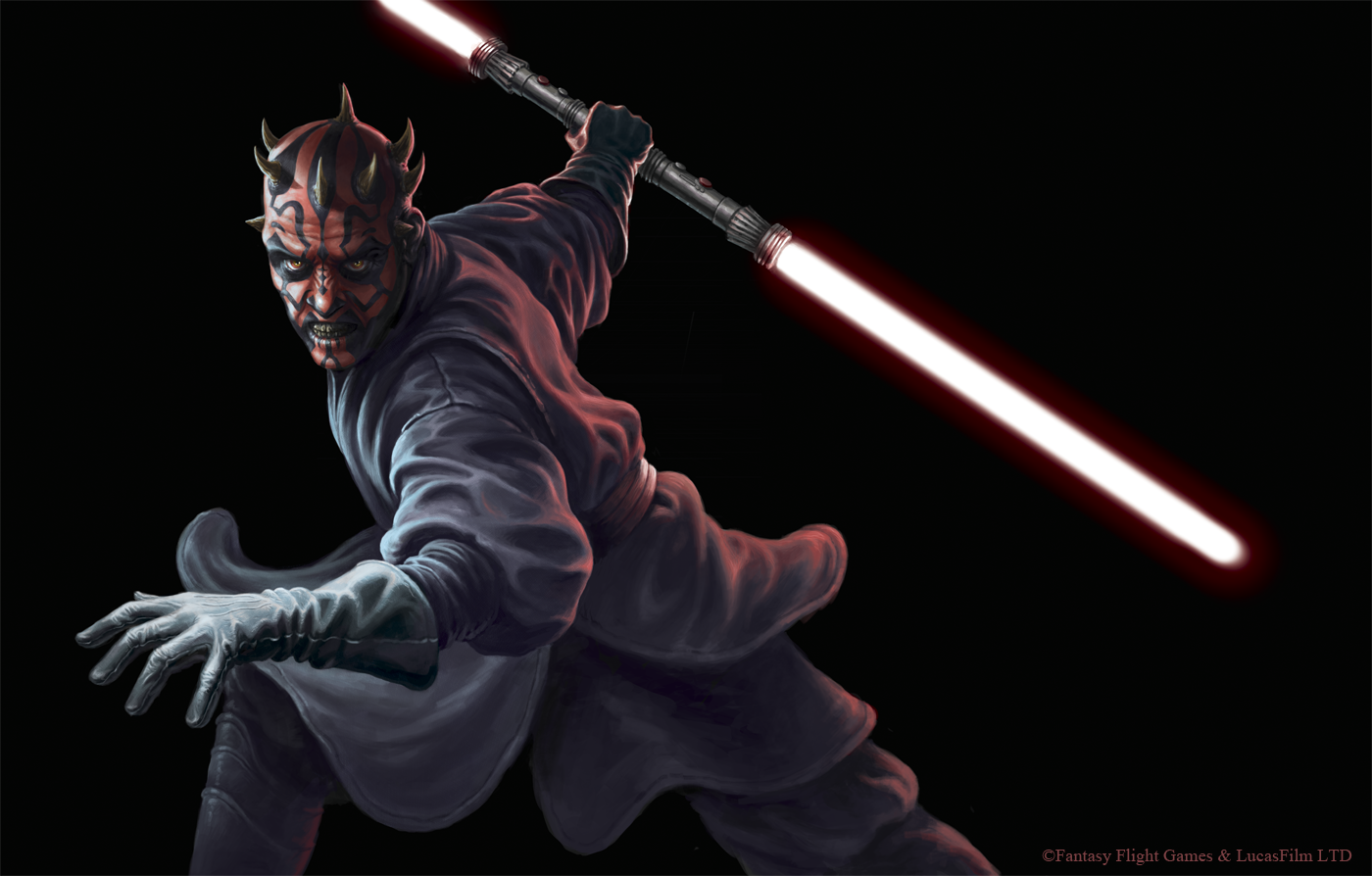 Thanks again to my AD Zoë Robinson for always being a joy to work with! Also be sure to check out the Star Wars RPG: Force and Destiny Core Rulebook coming out later this year.
Posted by Scott Murphy at 1:15 PM No comments: 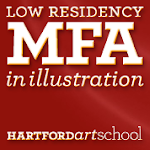